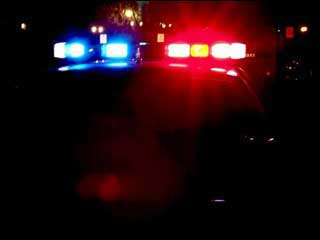 
It was the end of another stressful teaching semester, and we’d been drinking for most of the afternoon. It started at the staff party, with scones and fingerfood and glasses of wine. After that we all – students and staff alike – drove on to a local pub for dinner.

Dinner turned into a bar snacks and more wine, and by the time we rolled on out of there, I must have drunk at least eight glasses – albeit over a period of six hours or so. My colleague Charlotte was even worse off. She lived some distance away, and didn’t feel she could drive home.

I said that I’d give her a lift back – she said it would be easy enough to make her way to the pub carpark next day to collect her car.

Up till then I’d actually been planning to call myself a taxi. Charlotte lived in the opposite direction from me, though, and the distance was quite considerable. The rest of the group had dissipated by then. I didn’t really want to drive, but there didn’t seem any other obvious solution. Not until I was actually behind the wheel of my car, that is.

The moment I turned out of the parking area I knew I was in trouble. A police car was lurking outside, and I heard the siren start up behind me before I’d even had a chance to accelerate up the long hill leading out of town.

The cop was matter-of-fact enough. I, on the other hand, started to gabble out excuses the moment I rolled my window down. “I know that I shouldn’t be driving, but I’m just giving my friend here a lift home.”

Charlotte didn’t help matters much by leaning over and slurring out something about how I was doing her a favour because she wasn’t fit to drive home herself. So much for cool, calm and collected.

All in all, we must have looked a pretty disreputable pair. His main concern, however, was to make me blow into his device as quickly as possible, before the fumes of alcohol could clear.

I didn’t doubt for a moment that the result would be a fail. Had up for drunk driving! I could see my driver’s licence confiscated, my job flying away, shame and disgrace brought down on the family name …

“That’s a youth fail, sir,” he pronounced sepulchrally, with a more-in-sorrow-than-in-anger frown.

“A youth fail? What do you mean? I’m not a youth.” I was in my mid-thirties at the time.

“No, sir. But if you had been under age, that would have been a fail. And you said yourself that you shouldn’t be driving.”

“So I’m not over the limit?” I could hardly believe it. We had been drinking all afternoon. And I still felt pretty sozzled, to tell the truth.

“Yes, sir. But I think, once you’ve driven your friend home, that you shouldn’t drive any more tonight. You did say yourself you shouldn’t be driving …”

“Oh yes. I’ll do that.” I would have agreed to anything at that point. I couldn’t believe I’d got away with it, that he was actually going to let us go. “Thank you, officer. I’ll be very careful.”

I took my time about starting up. He didn’t seem to be following us, but I drove extra slowly anyway ( I guess that’s how you can spot a drunk – the exaggerated care with which they inch their way along the road).

Charlotte was most repentant at having got me into this; I, incredulous at my narrow escape. It brought home to me both what a foolish risk I’d run, and how liberal the blood-alcohol allowance really was …

Her husband was away for the weekend, she said. I’d be welcome to stay if I didn’t feel like driving back.

It sounded like a good idea at the time, but as she showed me into the tidy guest room, cold straight bed lying lonely there, I began to wonder if there was any more to it. Was that all this long strange evening had been for? …

Next day we drove back in the pouring rain to collect her car. As soon as I saw she had it started okay, I was off out of there like a bat out of hell.