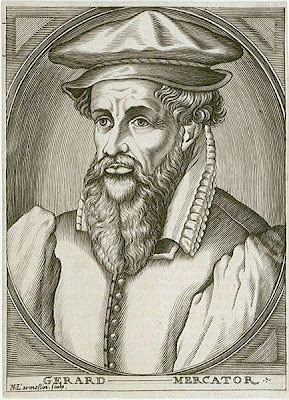 
I’ve been reading a book about Gerard Mercator, “The Man who Mapped the Planet.” Quite a lot in it interested me, but a few things in particular.

First of all, there was the fact that he never travelled beyond a little square of territory in and around Benelux (Belgium – Netherlands – Luxembourg). That was the backdrop for all of his epoch-making attempts to map earth and the heavens.

Then there was his imprisonment for heresy in 1544, at the age of 32, in the castle of Rupelmonde.

Finally, there was the (alleged) nervous breakdown he suffered after trying to survey Lorraine some twenty years later, in 1564. 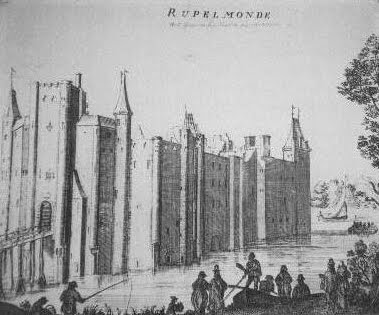 
Mercator had left Louvain on business in early March, trying to resolve some property matters to do with his recently deceased uncle’s estate. This was interpreted as an attempt at escape from the accusations levelled against him by the Catholic hierarchy, and thus (in its turn) became one of the principal accusations against him.

The prison he was kept in was – by sheer coincidence – the same castle that had dominated the village he grew up in. He was kept there for more than half a year, and came out with crippled health, having lost virtually all he owned in the world through legal fees and (semi-legal) bribes.

He was lucky to escape with his life, actually. Two of the women accused at the same time, Antoinia van Roesmaele and Katelijn Metsys, were buried alive to die by slow suffocation, two of the men were burned at the stake; others were beheaded or banished. Only Mercator got away with a warning.


The second break in his life is more mysterious. His latest biographer, Nicholas Crane, can’t really explain why he chose to go so far afield, on so stressful an errand, so late in life. Nor can he offer any real information on why the map of Lorraine he compiled was never published:

At some point that summer, probably in the deep south, something terrible happened. Perhaps father and son were beaten or robbed by a band of thugs, or perhaps it was the plague that ravished some of Lorraine's border areas in 1564 ... Mercator, an unwilling traveller by nature, may have found the fears and discomforts of the road too much to bear. Whatever the cause, the curse of Guise finally struck, and Mercator cracked.

The "curse of Guise" referred to above was the fatal unpopularity of the House of Guise, Dukes of Lorraine (Mercator's employers), in those parts of their domains whose inhabitants still remembered the brutal, wholesale massacres of Anabaptists and Calvinists which had been carried out there a few decades before.

'This journey through Lorraine,' recalled [his first biographer, Walter] Ghim, 'gravely imperilled his life and so weakened him that he came very near to a serious breakdown and mental derangement as a result of his terrifying experiences.'

Dare one venture, some kind of terrifying vastation, long before the term had even been coined? One reason his surveying work was never finished was, Crane suggests, that "such a detailed, accurate map was ... a 'map for war, useful to an enemy, who with a compass and quadrant could lead an army through the whole country'." [212]

This was, after all, the countryside of Joan of Arc:

[Joan, the good maid of Lorraine
whom the English burnt at Rouen]


as Villon puts it in his "Ballade des Dames du Temps Jadis" [Ballad of the Ladies of Past Times]:

This year marks the 500th anniversary of Mercator's birth. The event has been celebrated with conferences and celebrations all over the world, but particularly in the low countries which he called home.

All his great works date from the period after his "dark night of the soul" in Rupelmonde Castle. The overarching conception of the Atlas itself, however, can be dated to the years after his "serious breakdown and [near] mental derangement" in the forests of northern France. 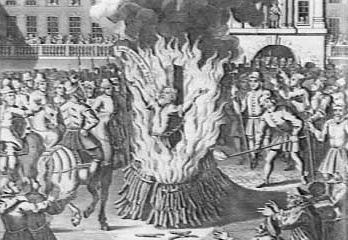 Burning at the stake