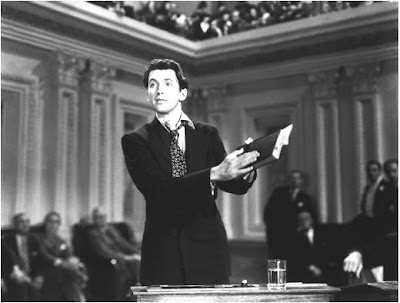 "It's just a little thing called the Constitution ..."


Mr Smith Goes to Washington is - or, rather, used to be - one of my favourite films. So it came as a bit of a surprise to me the other day, when, watching it again for the umpteenth time, I found the quote above, intoned by Jimmy Stewart in the middle of his filibustering attempt to stop the passage of a fellow-senator's crooked land-appropriation bill, had entirely disappeared.

There's a lot of talk about lost causes ("the only kind worth fighting for," as Jefferson Smith murmurs before lapsing into unconsciousness); there's even a section where Smith picks up a copy of the United States Constitution and starts to read it aloud - but no line resembling "it's just a little thing called the Constitution" can be heard from beginning to end of the movie.

And yet I remember it. I can even hear Stewart saying it, in his inimitable bumbling drawl. Where did it go? Are there two versions of the film? Did it disappear on the cutting-room floor, or during the transition from one medium (film) to another (DVD)? I have no explanation to offer. I've had to stop quoting the lines to people as they appear to have no external reference point beyond my own mind ... 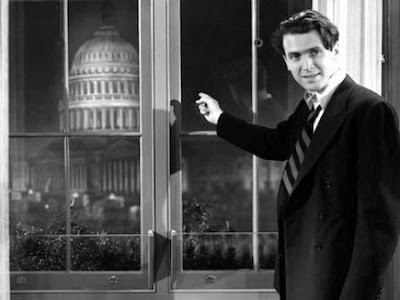 
A couple of years ago my (then) girlfriend and I went for a drive north of Wellington, over the Rimutaka ranges and through the small towns beyond. Greytown, Carterton, Masterton ... between them, they contain a lot of antique and second-hand shops. We looked in what seemed like all of them. On the way back, in the late afternoon, we stopped briefly in Featherston.

I knew little of Featherston except the name. Afterwards I realised that it was the site of Shuriken, Vincent O'Sullivan's 1985 play about the infamous Japanese 1943 prison camp massacre, but that didn't even occur to me at the time.

There was a little bookshop on one side of the square, with a sign on the front mentioning opening times, but the door was locked. Peering in through the dusty window, we could dimly make out a huge stack of books on top of a table in the centre of the room. Everything else was bare and deserted. The shop looked not only shut, but as if it had been flooded out, or stripped in preparation for the movers. The sign continued to maintain blithely that it was open for business, though.

Moving on further around the square, we found a combination second-hand / junk shop. There was a light on inside, and the door opened when we pushed on it, but there were no other signs of occupation. Certainly there was no-one at the glass counter in the middle of the room.

Perhaps "warehouse" might be a better description than "shop". The place was vast! It included racks of books, videos, fabrics, plates, furniture - you name it, it was there. We started to wander around and look at things in a desultory manner. It all looked very old and dusty and untouched.

It took some time for us to realise that there was something wrong with it - or at any rate something very odd. It started for me when I glanced at the rack of videotapes. None of them looked particularly pristine, but the point is that all of the titles were entirely unfamiliar to me. Not the genres, mind you: there were plenty of screwball comedies, kung fu movies, self-help tapes. Just not the same ones I'd seen before. Nor did any of the actor's names ring a bell.

Can this really be? I wondered. How could there not be a single familiar film among so many tapes and titles? My curiosity aroused, I began to rummage through the cheap paperbacks and romances. Same thing. They looked familiar enough superficially: slim candy-coloured spines like Mills & Boons, great fat bodice-rippers like Angelique or Wilbur Smith, but not any of those authors or series - just the same sorts of books.

Most disturbing of all were the records, though. I don't usually make a habit of leafing through boxes of LPs - who has a record player nowadays? - but these record sleeves were weird. There were old New Zealand bands from the 70s sitting on logs around campfires, with titles like "Banjo got my Soul" or "Ti-tree Anthems". I don't know much about pop music, but I felt that I might have noticed some of these shaggy characters if they'd ever been on television back in the day. Not a one of them was familiar to me at all.

At this point I realised we were being watched. There was a man standing behind the glass case of the counter. Where he'd come from is unclear to me to this day. Could he really have walked out from the back, through all those ranks of shelves and aisles, completely unobserved by either of us? I guess he must have, since the only other alternative was that he had simply materialised there. Unless there was a hidden staircase down there behind the shelves of dusty glassware.

He was the stillest man I think I've ever encountered. He hardly seemed to breathe, and I'm not sure that I saw his eyes blink even once during our brief conversation.

"Oh, no, just browsing," I replied. Cathy just stood there, as if transfixed with terror (she told me afterwards that all the cloth samples she'd bought in the shop were ruined somehow when she got them home. They'd looked all right in situ, but when you unrolled or unpicked them, stained or creased beyond the point of repair).

"You're not wanting to close, are you?" I continued.

He didn't move. Or answer. So we kept on poking around. Not for long, though. The creepy vibe of the place had begun to get to both of us. We had visions of being ushered out the back and getting one sight of Bluebeard's bloody chamber before the axes started to descend. Worse, of a stainless steel umbilicus leading up to a waiting space ship ...

Nothing happened, though. Cathy bought her few rolls of fabric: rather more pricey than one might have expected for so sorry a specimen of the genus "Op Shop", but still costing only a few dollars in all. I was tempted to buy a few books or records, but something in me seemed to say no. This was their rightful place, and they should not be taken from it.

We went out into the street, leaving the lighted windows of the shop the sole illumination over Featherston's whole town centre. Nothing had happened, exactly, but it felt as if we'd had a narrow escape.

To this day I've never been back there. I doubt I could retrace my steps even if I wanted to. I seriously question if the shop we entered that day was of this world ...

There are universes all around us, say the Physicists: dark matter and superstrings and instantaneously disappearing-and-materialising quanta. What wonder, then, if from time to time we take a wrong turning in the midst of our seemingly stable world? 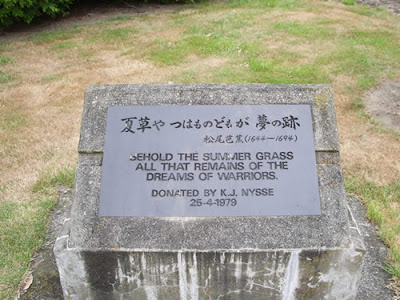 Naughty! You look at two shops in Featherston! There is more to our town than those two shops - tried looking at the Heritage Museum? (lots about the POW camp there)Fell Loco Museum - only loco of it's type IN THE WORLD...and internationally recognized!!!! Yes, "Scotty" is a bit weird (but no one is perfect!)